God…  I’ve been planning this post for a while, and for some reason or another, I kept on postponing and postponing it. Yup, I’ve felt the need, the urge to do finish it, but I HAD to procrastinate. But that is a good thing. I’ll explain.

Slowing down – Why you should procrastinate.

My mind works in a very particular way. It is a clutter, a mess. One simple thought will lead to many more, to what I picture as a chess game. I strategize everything in my mind, and suddenly, out of one simple idea, I’m consumed by a plethora of actions, decisions, and potential outcomes. What I’ve planned for my day suddenly gets derailed, and I just melt down. It is the mind of an ADHD man, a mind that some have labeled as “gifted”, a mind that runs in overdrive constantly. 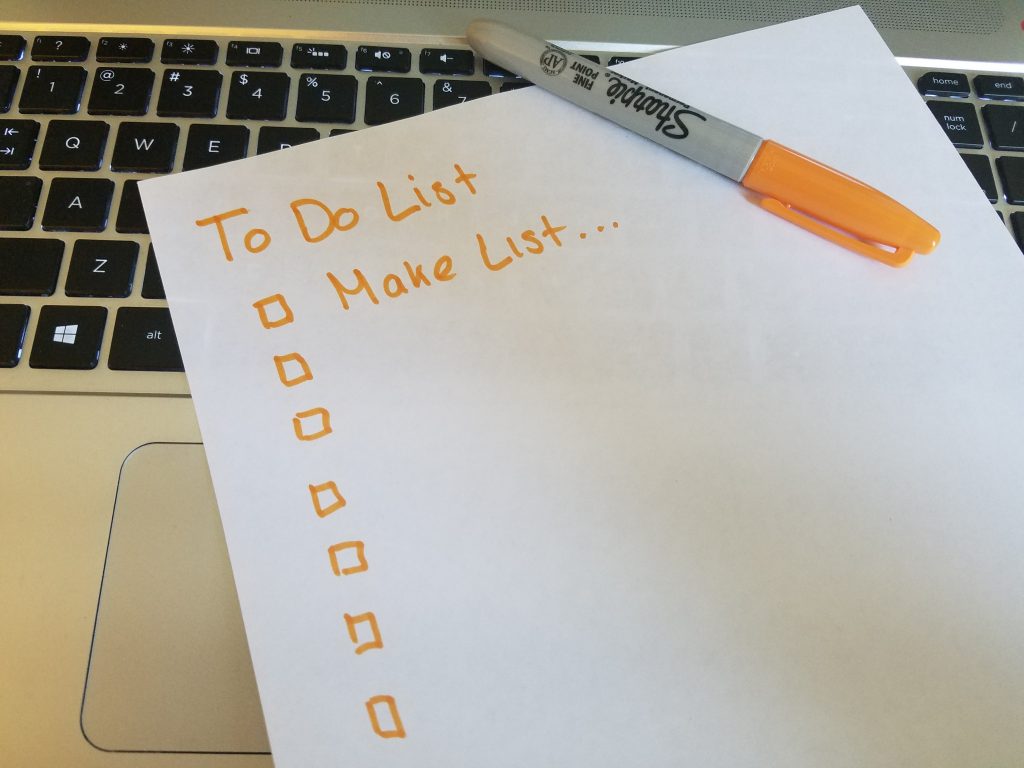 With thousands of thoughts running through my head in a single day, I have to have my own structure, a train of thought, a classification of priorities and a long-term plan. I dismiss most of my thoughts and focus on the long run. I visualize my desired end result and then work backward from that to my current situation. I set times, activities, milestones, and ugh…  deadlines. Deadlines. The word itself is negative. “Dead”. Yes, that word itself should be, well…  dead!

Deadlines kill me, they stress an already overstressed mind; and stress not only works negatively on your performance and productivity levels, but it hurts your body. Plus, at the end of the day, regardless of the fact that you procrastinate or not, you end up finishing and delivering whatever was in your ToDo list.

Think about Martin Luther King. He had weeks to prepare his 1963 speech, but it was at the last minute in which he added those four words that would make it legendary, “I have a dream”. In fact, many famous people in history have seen their plans change at the last minute, or procrastinated until it was imminent they had to take action. There is a list of famous procrastinators, in which you can find people like Victor Hugo and Leonardo Da Vinci.

But why? Let’s say we face a project that has a final deliverable. The actual time required to finish the project would be 3 hours of effective work. Nonetheless, we have been granted one whole week to complete it. Most people would either spread apart the different sub-tasks or even complete the project way ahead.

There is something way wrong with both scenarios.

For starters, when you finish a project and you cross it off your ToDo list without actually delivering it, you still have it in a “pending” status, at least subconsciously. That means you are prone to go back and fix and tweak stuff. The project stays in your mind and clutters it. You are unable to actually free yourself from it, it still stresses you out and eats time and focus from other tasks you might have going on. Your productivity plummets.

But what if you actually spread it apart by putting it in a one-week time frame Gantt chart? Even worse than finishing ahead of time. Studies (although I’m not quoting any one in particular) have shown that humans are incapable of multitasking. Humans are actually just switching tasks rapidly while they believe they are multitasking. And this hurts productivity by not allowing us to focus our energies, by having to reprogram our minds each time we switch tasks. This adds to our stress levels. This sickens our bodies.

In summary, stressing out ahead of time, leaving tasks and projects open, and spreading projects across a large time frame will  hurt us, will drain our energy, will restrict us to fewer potential projects, and affect our overall finances and health.

As humans, we are able to get to know our capabilities, instincts, and internal alarms. Once we do, we can simply listen to our bodies and deliver what we need to when we need to. Just as you did back in high school the couple of nights before the test, you will know when to jump into a task and complete it. As opposed to High School, you should plan on high-quality standards and not just a one-nighter. Today, years after high school you should be mature enough to actually dedicate the time really required with just a small safety blanket. Maybe for that 3-hour project work on it just the last day in the morning.

It is not a matter or being irresponsible, but of promising and delivering on time, within a schedule that is healthy for ourselves, with a positive mindset and a productive environment. Hey, and we make fewer mistakes when not stressed out.

Let me know your thoughts. But don’t procrastinate, leave a comment down here now.

This site uses Akismet to reduce spam. Learn how your comment data is processed.