My name is Carlos. – Carlos A. Bazan 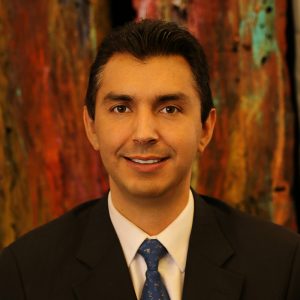 My name is Carlos and I am a business consultant, early adopter, geek, entrepreneur, and investor.

My professional career started in 1995 when I created an online magazine, which by 1997 had adopted a user comment system on the stories. In 1997 I had created the first blog in Mexico, even before the term “blog” had existed. México Alternativo would later on grow into Alternativo.mx and evolved into not only a blog, but also an online and printed newspaper.

By 1999, Yahoo! would hire me and I would co-found Yahoo! México. Within a year, Yahoo! México became the #1 web portal and destination in the country. Two years later, while I was Director of Enterprise Services, the contracts I brought to the table took the company to break even.

By 2003 I co-founded Worldwide Directories. This company was the publisher for a Local Search and Directory set of products under the Yahoo! brand name which operated successfully for several years until I moved forward to other ventures in 2005.

Since then, I have built companies, grown them to break even and cash flow positive. I have also consulted companies, government institutions, business professionals, and politicians, both, in Mexico and the United States.

Life in the United States 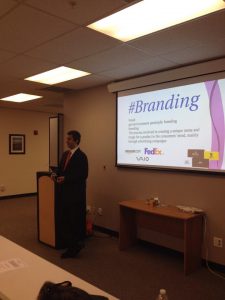 Professionally, I have rebuilt my life project from scratch. I have built a reputation around myself as an expert in Business, Investment, Media, and Transportation. I have helped businesses and individuals in setting their goals, drafting a plan to reach them, and executing the plan.

Among my main accomplishments, I have aided a local newspaper publishing company reshape the business, converting it into a full-service marketing agency. I have also worked with an inbound sales expert in helping him with a new strategy to increase his revenues through inbound marketing and sales funnels automation.

I also helped build what was at some point the largest car sharing host in the country.

Besides the above, I have coached and consulted multiple companies and professionals, and have given several speeches and seminars, mainly on marketing and business.

Personally, back in 2014 I joined my local chambers: Murrieta and Temecula. I participated in multiple events, became an ambassador for Murrieta and even named Ambassador of the Month in late 2015. Through my member mentoring, and my community involvement I was nominated for the 40 under Forty Awards and was selected as one of the 40 young movers and shakers in the Temecula Valley.

Besides 40 Under Forty, I have joined Toastmasters. During my tenure as a member, I’ve chartered the Optimal Speakers Toastmasters Club and became its mentor and Charter President. I’ve also accomplished several recognitions, including the latest, Advanced Communicator Bronze, and Advanced Leader Bronze. I also served as Area Director.

As part of my involvement with the community, I have served as Public Relations Director of the Temecula chapter for TEDx

Today I manage Leader’s Grid, a California-based firm dedicated to global investment projects. Through this company, I help mainly startups, early-stage companies, and bootstraps reach their growth goals and get financing. I myself have personally invested funds as an Angel into specific projects.

I also head Mango Strategic Ventures, a firm dedicated to automotive projects in the United States based on a conceptual framework and ecosystem for the car sharing and car rental industries.